I was selected to participate in the Summer Lodge,

‘For ten days each July, the Fine Art studios and workshops of Nottingham Trent University are transformed into The Summer Lodge and play host to a gathering of thirty diverse artists. It is intended as an opportunity to think through making by being able to work for a while without many of the usual constraints and distractions. It is a collective space in which to undertake experiments, pursue new ideas and allow unexpected leaps of imagination.’

I was provided with a large studio space and had access to workshops, technical support  and relished being part of a community of practice and working in a studio setting. 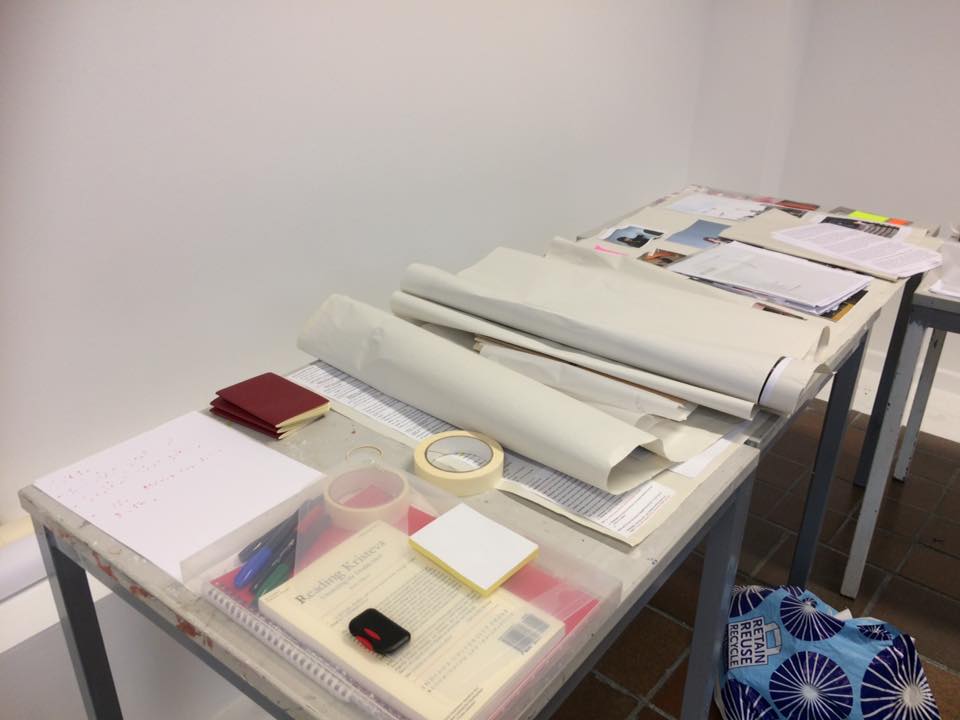 Being in a physical space shifted the way I think about the work, writing and how I engaged with the material and has already had an impact upon the future direction of my research/practice, it has led to the development of a new strand of Translation Zone(s) Constellations (to denominate the event-based, physical  manifestation project) and can be seen in the materiality of the collaborative script/work in progress Escurrir that I presented at Newcastle University.

The theme of the residency was ‘Doing Deceleration’.

‘The imperative to ‘do deceleration’ is less a call to ‘slow down’, to withdraw or retreat from the process of production as such. Instead, the invitation is to explore ways in which we might disrupt or dislodge the pressure of acceleration: the ubiquitous demands to do more and more – faster and faster – that arguably underpin our contemporary culture of immediacy and urgency, of 24/7 access and availability, with its privileging of multitasking, perpetual readiness and ethos of ‘just-in-time’ production.’ 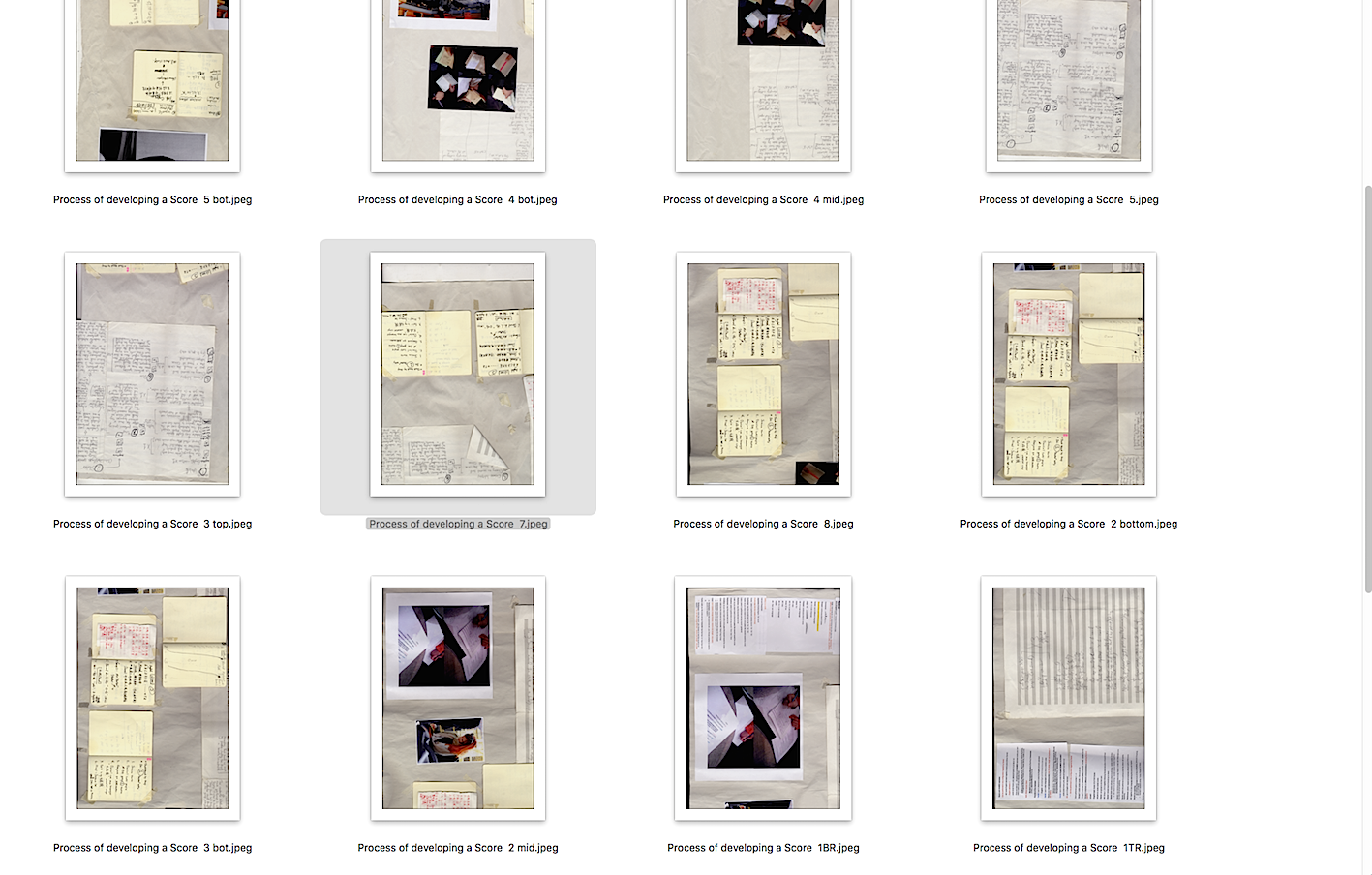 During the residency I played with different ways of presenting the physical material created during Translation Zone(s): A Stuttering, and explored ways to create a polylingual score that could serve as a model to work with future – which I soon realised was an impossible task. 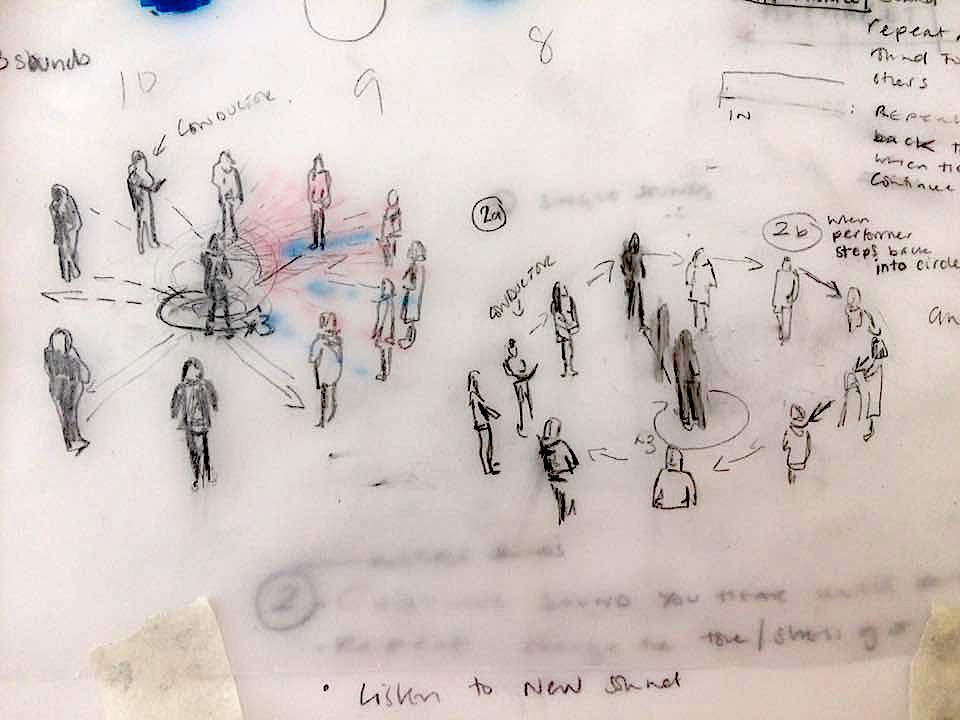 I also attended a Solfege workshop run by Steffani Jemison, New York based sound artist at Nottingham Contemporary which ‘introduced participants to the history and diverse applications of the solfege singing system and related systems of music notation. Participants translated between musical pitch, physical gesture, and notated score’ and was a precursor to a new commission, which will be performed at Nottingham contemporary later on this year. 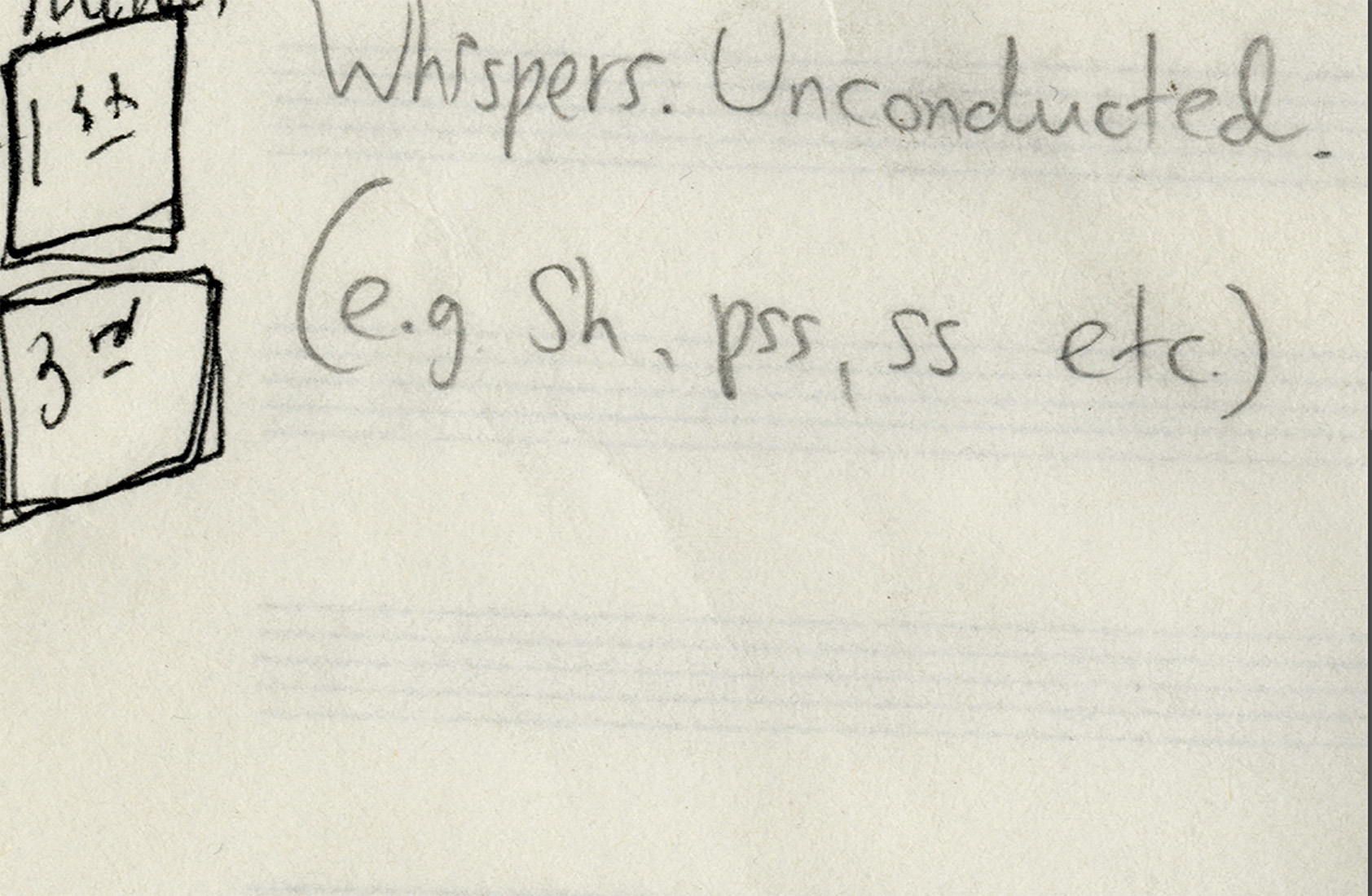 The workshop assisted my understanding that my ambition to create a polylingual score was not possible, and so instead I began to engage with the materials and multi modal methods that I had developed with participants during the Translation Zone(s): A Stuttering project. Expanding and developing the documentary ‘posters’ that I had begun with Shen Yushan and Chen Chang in July 2016 (image at top of this page). 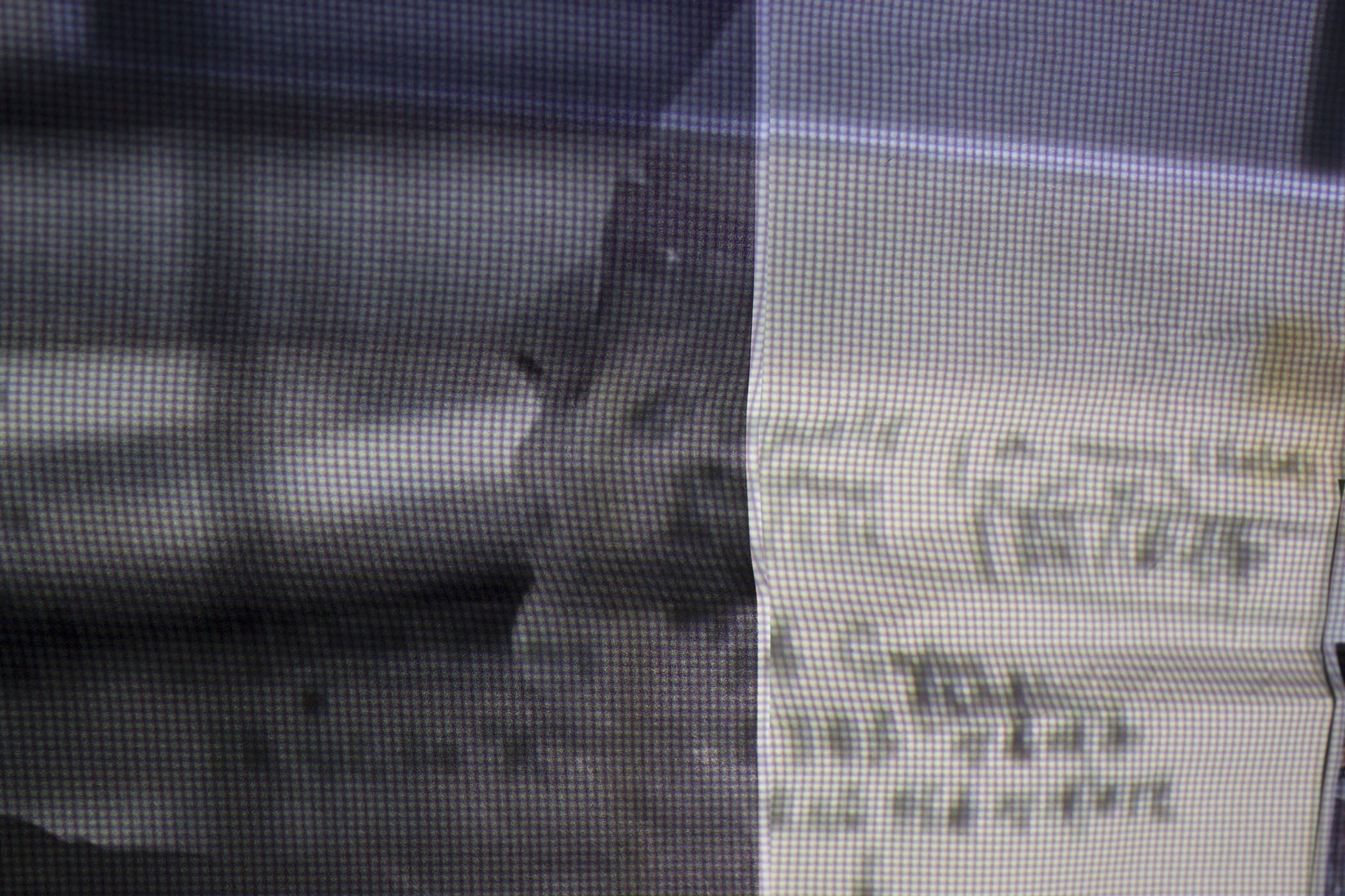 Making use of the space I began to experiment three-dimensionally, creating multi-media installations and virtually using Adobe programme ‘After Affects’. 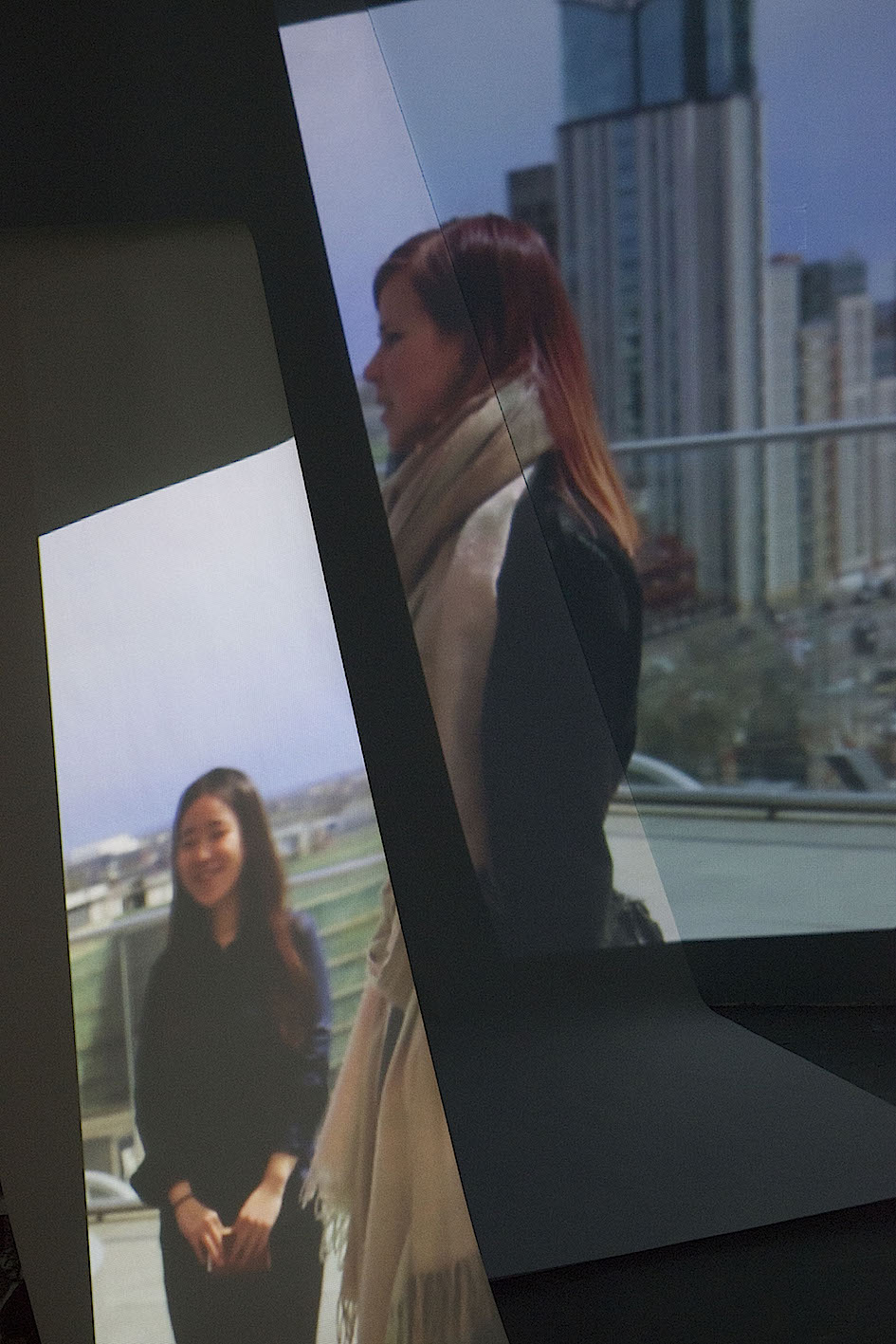 The impact of the residency is evident in Escurrir and proposals that I am making for projects and conferences, which will be updated on this website. 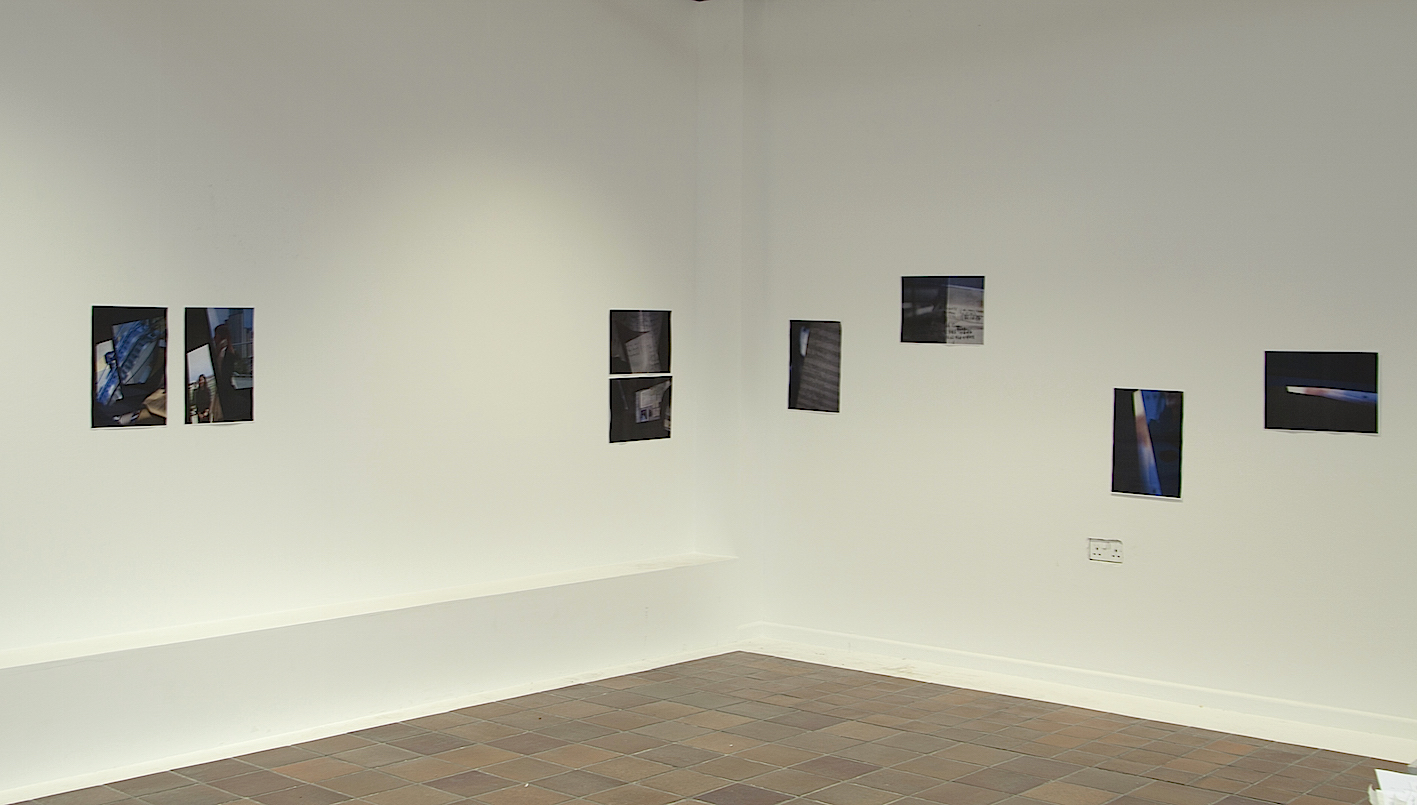 This final image is the final shot of my studio space as I installed some of the photographs of my multi-media experiments. To be continued….