The Library of Birmingham 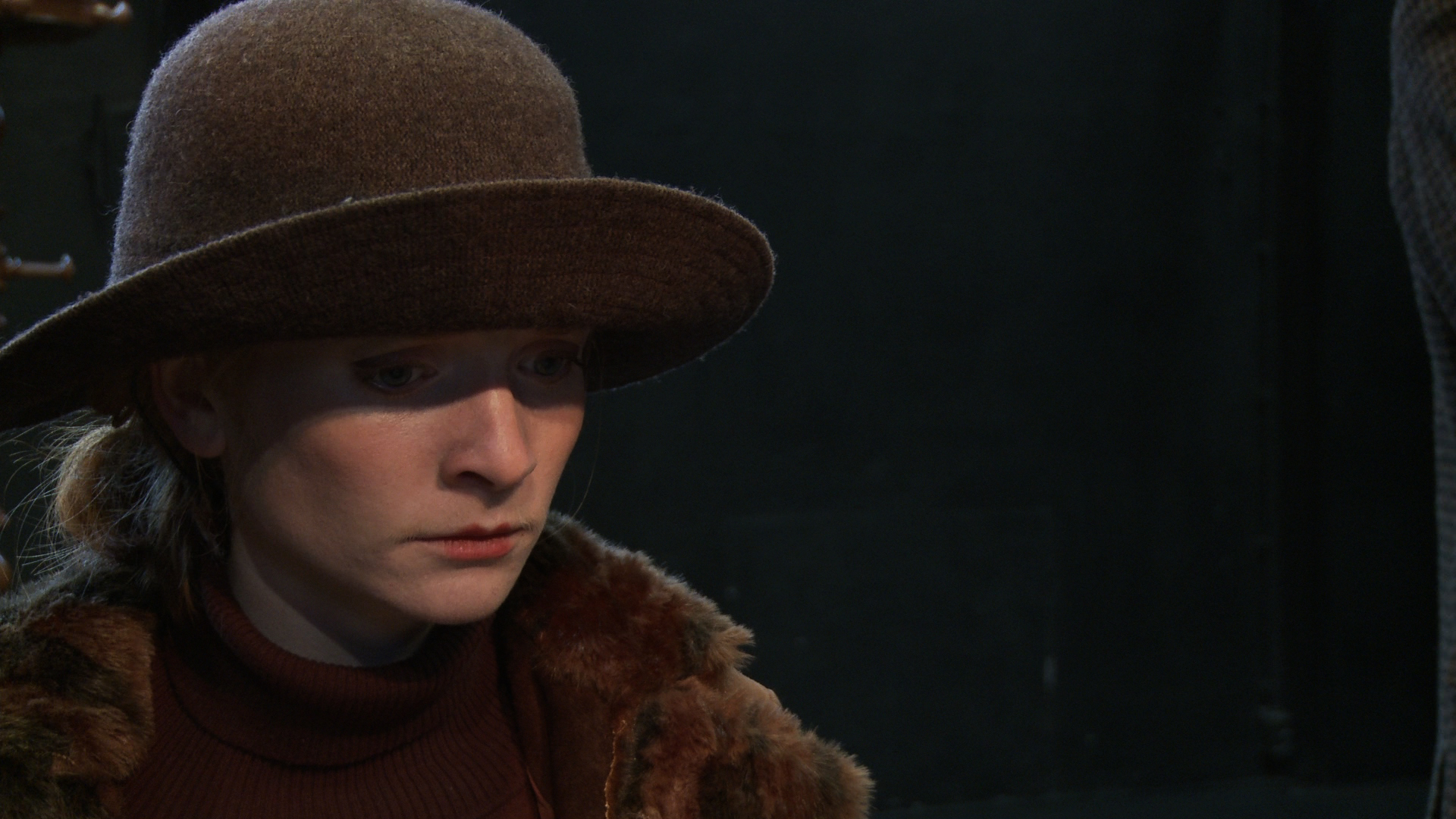 Artist/researcher Heather Connelly  invited leading artists, curators, translators and academics Nicoline Van Harskamp, Martin Waldmeier, Ricarda Vidal and Pierre-Alexis Mével, to discuss their research and practice in relation to the intersection between art-and-translation. Their presentations were followed by a discussion on the topics raised.

The aim of the event was to consider the impact of working with, within and across linguistic boundaries, and alternative modes of working inter-culturally and inter-lingually in the future.

The event was funded by the Arts and Humanities Research Council as part of their Cultural Engagement programme, Birmingham City University and the Library of Birmingham. 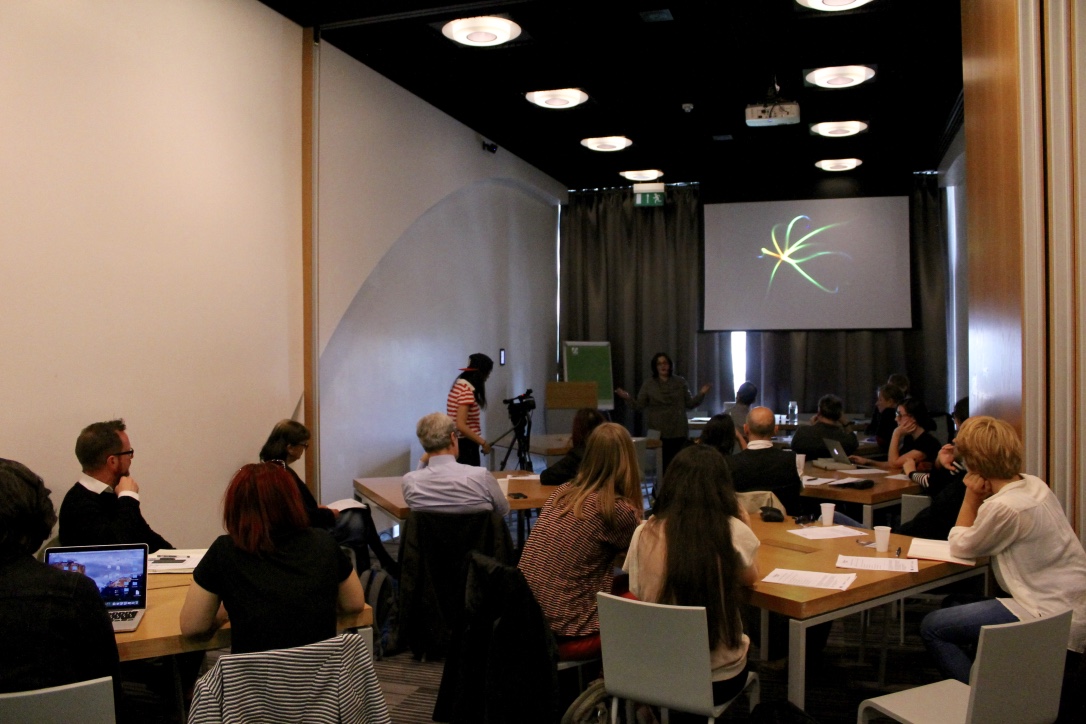 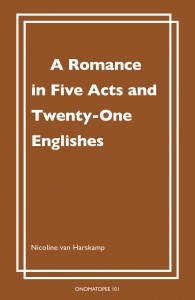 Nicoline van Harskamp is an artist whose recent works use and explore the English language that is created among non-native speakers worldwide, and imagine the (aesthetic) properties of a future spoken global language. Her live works such as “English Forecast” and “A Romance in Five Acts and Twenty-one Englishes”, have been staged at Tate Modern Performance Room in London, KunstWerke in Berlin, Witte de With in Rotterdam,  New Museum in New York, Stedelijk Museum in Amsterdam, Arnolfini in Bristol, Serralves Foundation in Porto and Kaaitheater in Brussels.

Her video and installation works such as “Yours in Solidarity”,  have been presented at MUAC in Mexico City, Frankfurter Kunstverein, Manifesta 9 in Genk, the biennials of Gothenburg, Shanghai, Taipei, Limerick and Moscow; and elsewhere. She has been a resident artist at the Rijksakademie in Amsterdam, IASPIS in Stockholm and Platform Garanti in Istanbul.

Nicoline lives and works in Amsterdam. Overview of works and full CV can be seen at:  ht 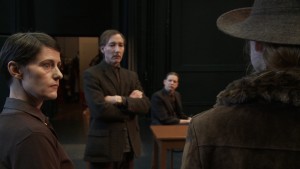 A Romance in Five Acts and Twenty-one Englishes at KunstWerke in Berlin: www.youtube.com/watch?v=fUwcQ2gw65M 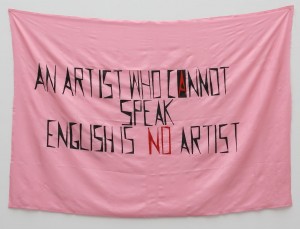 Martin Waldmeier is a curator and currently a Ph.D. candidate in Visual Cultures at Goldsmiths, University of London. Between 2014-2015, Martin organised The Translator’s Voice, a travelling international group exhibition that explored translation and language identity in the context of globalisation. The Translator’s Voice was shown in three contemporary art museums in France, Spain and Norway and was awarded the 2014 Award for Young Curators FRAC/MARCO/SFKM. In his presentation, Martin will introduce the key ideas behind the exhibition and discuss how organising contemporary art exhibitions poses translation problems in itself: how to bridge the gap between international artists and local audiences? Before The Translator’s Voice, Martin has worked in various curatorial roles in public art institutions in Switzerland. He is currently in the process of completing his doctoral thesis titled The Artist as Translator, where he explores how artists make their work “translatable” in order to participate in an increasingly global art world, and how translation can be a creative or critical strategy for visual artists.

Dr Ricarda Vidal is a lecturer, translator and curator. She teaches in the Department of Culture, Media & Creative Industries at King’s College London. In 2013 she launched Translation Games (www.translationgames.net), which explores the theory and practice of translation within literature (i.e. between languages), the fine arts (i.e. between art genres), and textile design as well as across these disciplines via rule-based games. Based on collaboration and knowledge exchange between literary translators, artists, designers, and academics, the project comprises a programme of workshops, exhibitions, performances and publications. The aim is to explore the various layers of languages (whether linguistic, visual, tactile etc.) and the application of the ‘translator’s gaze’ to communication across cultures and disciplines.

Ricarda has published numerous articles and book chapters and is the author of Death and Desire in Car Crash Culture: A Century of Romantic Futurisms (Peter Lang, 2013) and co-editor (with Maria-José Blanco) of The Power of Death: Contemporary Reflections on Death in Western Society (Berghahn, 2014) and (with Ingo Cornils) of Alternative Worlds: Blue-Sky Thinking since 1900 (Peter Lang, 2014). Together with the artist Sam Treadaway she also runs the bookwork project Revolve:R (www.revolve-r.com), an exploration of visual communication in collaboration with 24 international artists.

Dr Pierre-Alexis Mével is assistant professor in Translation Studies at the University of Nottingham and is the creator and director of the MA in Translation Studies. He teaches Translation Theory and Audiovisual Translation at both undergraduate and postgraduate level. With vast experience of working as a freelance translator (producing subtitles and localizing websites) he completed his doctoral thesis in French and Francophone Studies at the University of Nottingham in 2011 and is currently finishing up a book on the subtitling of African American English into French. He has a particular interest in the representations of non-standard varieties in films, and on the theoretical underpinnings of juxtaposing two linguistic varieties on screen.