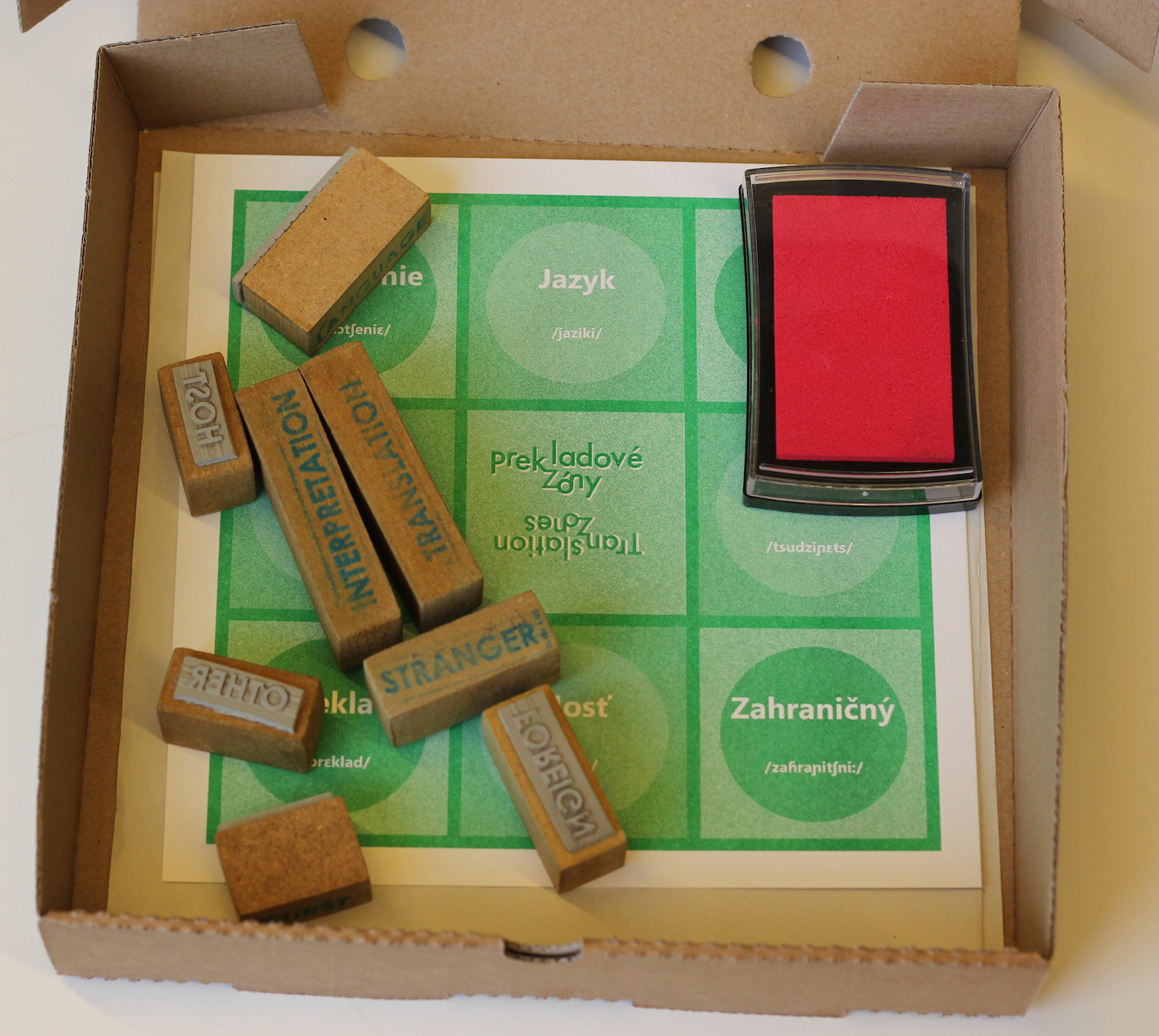 by Heather Connelly and Karina Cabanikova

Translation Zone(s): Prekladová Zóna is an adaptation of the game of Bingo, a game that is not common in Slovakia. The work was produced as a prelude to Frank Heather’s Global Voices concert, to engage and immerse the audience in the activity of interpretation. Karina, a Slovakian born artist and curator called out words in her native tongue whilst teams attempted to translate the words on the stamps and board to find its English Equivalent. The team with the most correct answers were deemed the winner and presented with a homemade Slovakian delicacy. 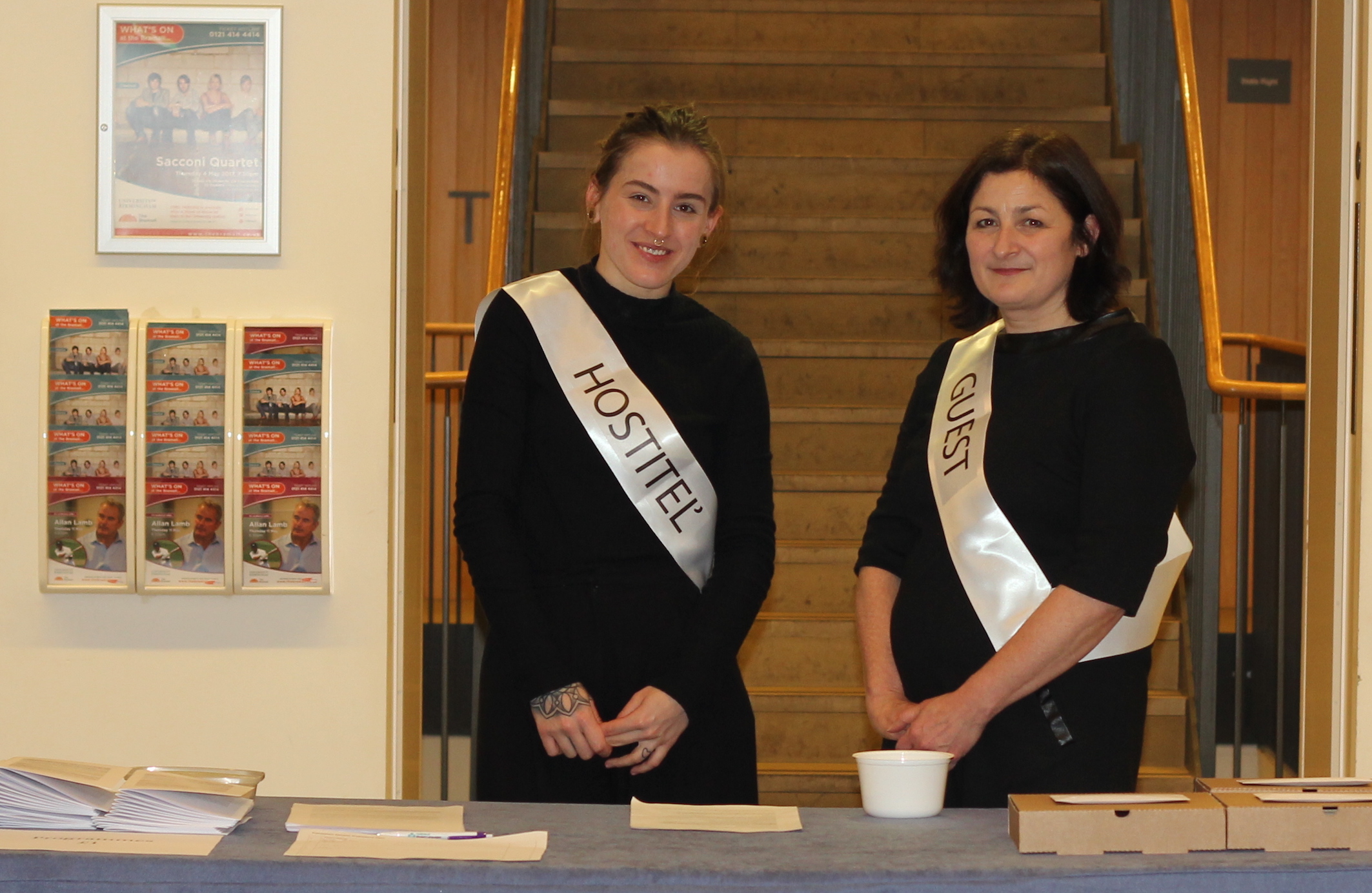 Translation Zone(s): Prekladová Zóna is a collaborative work by  artist/researcher Heather Connelly and artist/curator Karina Cabanikova and has been designed to immerse and engage people in process of translation and explore the condition of Linguistic Hospitality. Philosopher Paul Ricoeur (2008:10), described Linguistic Hospitality as ‘where the pleasure of dwelling in the other’s language is balanced by the pleasure of receiving the foreign word at home, in one’s welcoming house’. With this in mind the game requires you to decode, process, map and translate unfamiliar sounds of a minor language (Slovak) into a shared, major language (English). You are invited to listen closely, to the texture of the words, to tune into the unfamiliar and inhabit the role of host and guest simultaneously. You need to beware of ‘false friends’ – those words that sound familiar but are used in an entirely different way.

This playful work aims to raise questions and provoke discussions about: 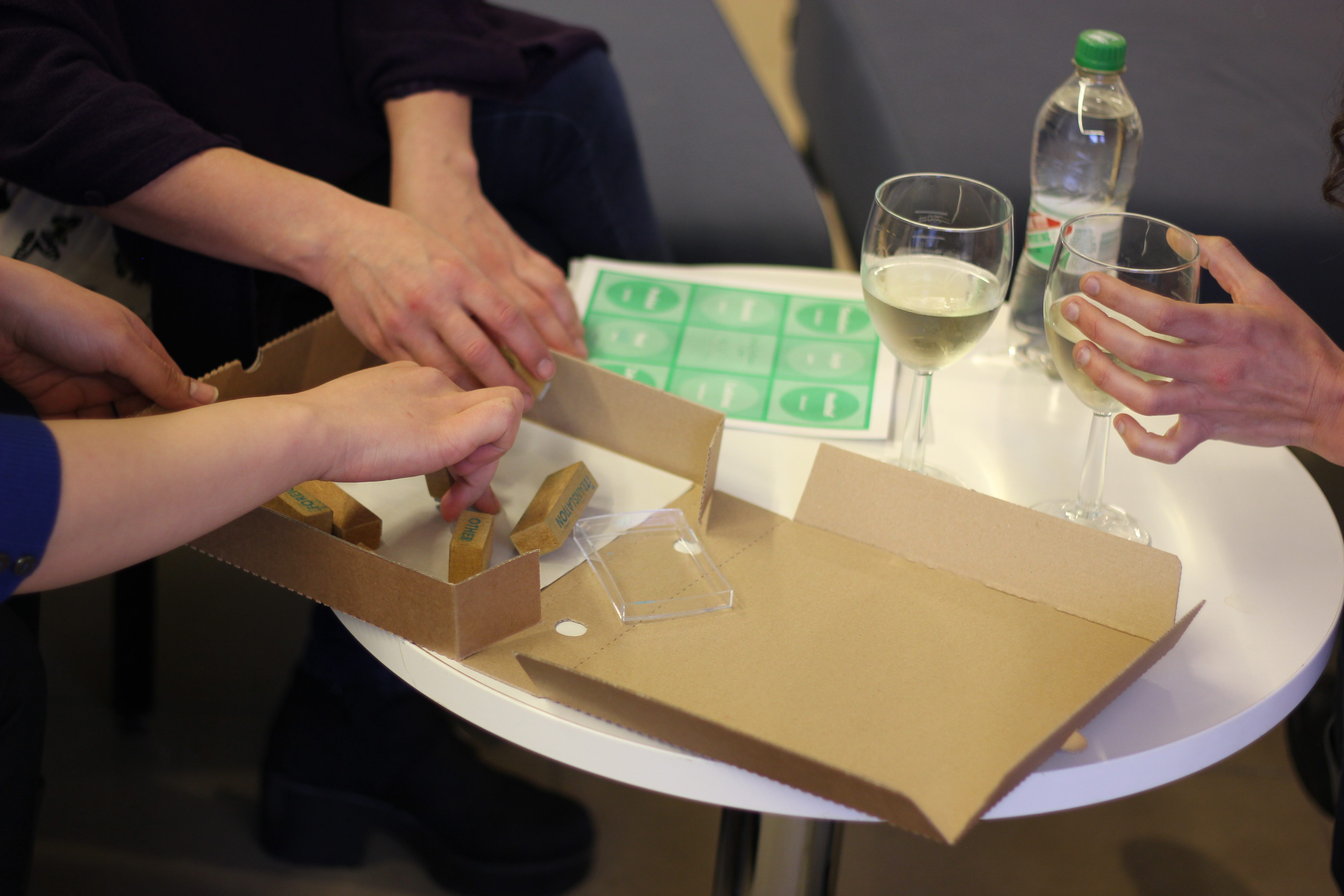 Karina Cabanikova is an artist and curator, based in Birmingham, UK. She holds a MA in Contemporary Curating from Birmingham City University, where she also earned a Bachelor’s in Fine Art. Cabanikova works as an Exhibitions Assistant at Movement Gallery, and as a Curatorial Admin Intern at KARST Gallery where she assists to deliver exhibitions program. Her research interests focus around archives, identity, politics and economy in relation to art.

Her latest research focused on the concept of political art in Czechoslovakian environment, where she examined political art and exhibitions from 1989-2016. The research led to visual interpretation of politically charged exhibition at Article gallery in 2016, where she exhibited and interviewed Czech and Slovak artists whose works question the past and current political issues in Slovakia and the Czech Republic.