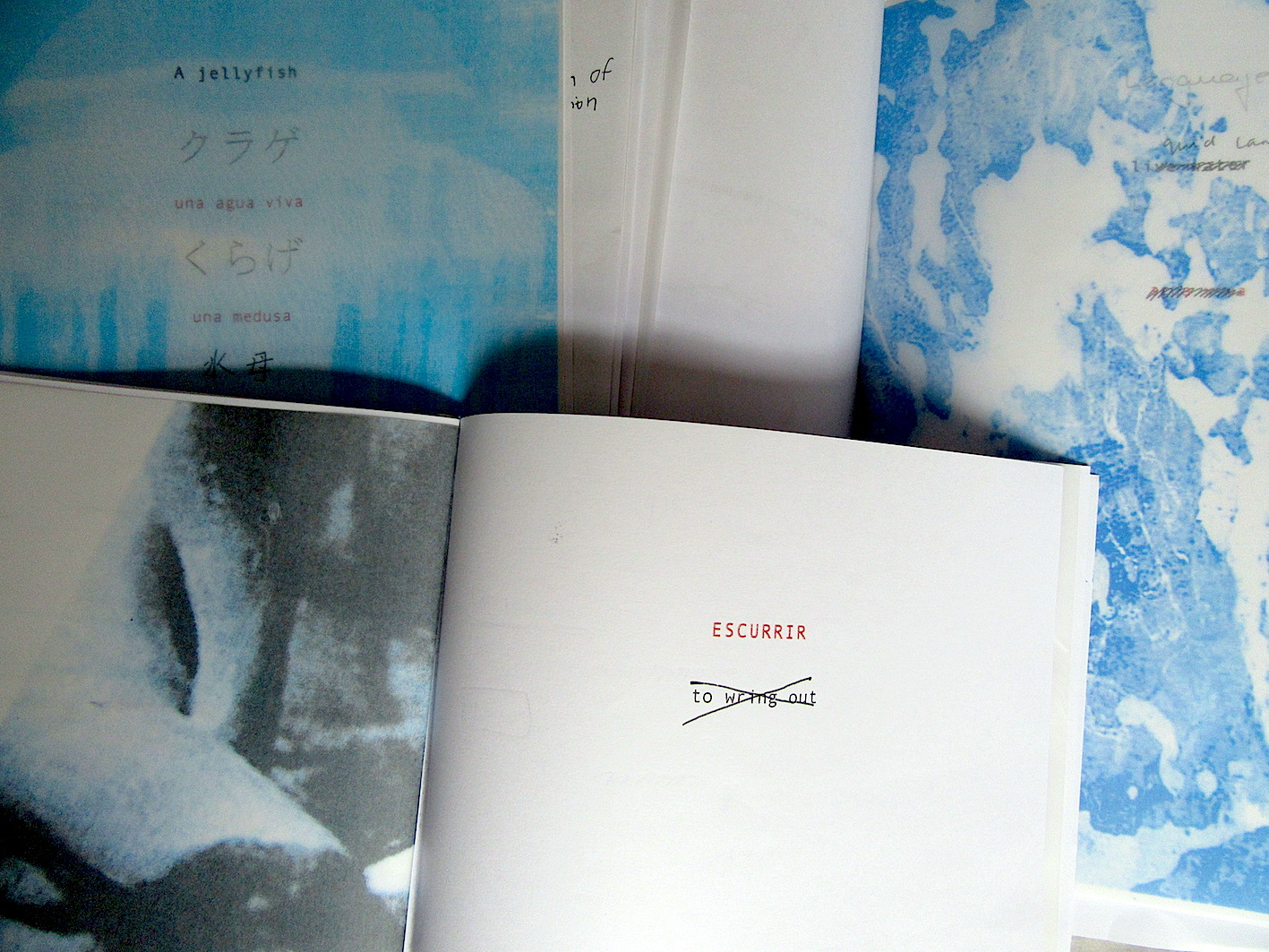 Escurrir is a collaborative text developed by Heather Connelly and translator and academic Gabriela Saldanha and was originally performed at Translation as Collaboration, The Poettrio Experiment, Newcastle University  (July 2017).  This has been developed into a  video which has recently been presented  in Shanghai (13 -15 October 2017) as part of the  Researching Translation & Interpreting The Challenge & Promise of Interdisciplinary, Baker Centre for Translation and Intercultural Studies, Jiao Tong University. It is the subject of a forthcoming co-authored article Art Practice and Translation: a call for collaboration.

Escurrir can be translated into English as ‘drain, wring, slip away’ it is a playful work that exposes translation as a generative and performative act. The text started from a translation of the Riordan and Takayanagi’s (1896:v) metaphoric description of the difficulty of translating Japanese literature, ‘whose peculiar beauties are apt to disappear like the opal tints of a squeezed jellyfish’, (Henitiuk 2014:144). Saldanha translated the English term, Jelly Fish, into Spanish and then back into English, which became [agua viva] ‘Live Water’ or [Medusa] ‘ Medusa’. We worked together discussing the merits of these subsequent metaphors and continued to expand the associations that they produced through the iterative translation and back-translation forming an elliptical ‘feedback loop’, that exploits the generative nature of translation and how the concept becomes expanded as it passes between languages.

The process: The work has been designed to evolve through constant editing and reworking and expand as each term is translated, back translated, and discussed as we consider what these ‘new’ terms tell us about the process of translation. Following on from experiments made during her residency at the Summerlodge (Nottingham Trent University , Connelly is  seeking ways to engage with the materiality of this process, to record and expose what is/has taken place, and how new articulations for translation are conjured up through these subtle shifts of vocabulary. She has begun to explore the potential of the physical artifact in documenting and baring witness to this ongoing practice and evolving process. 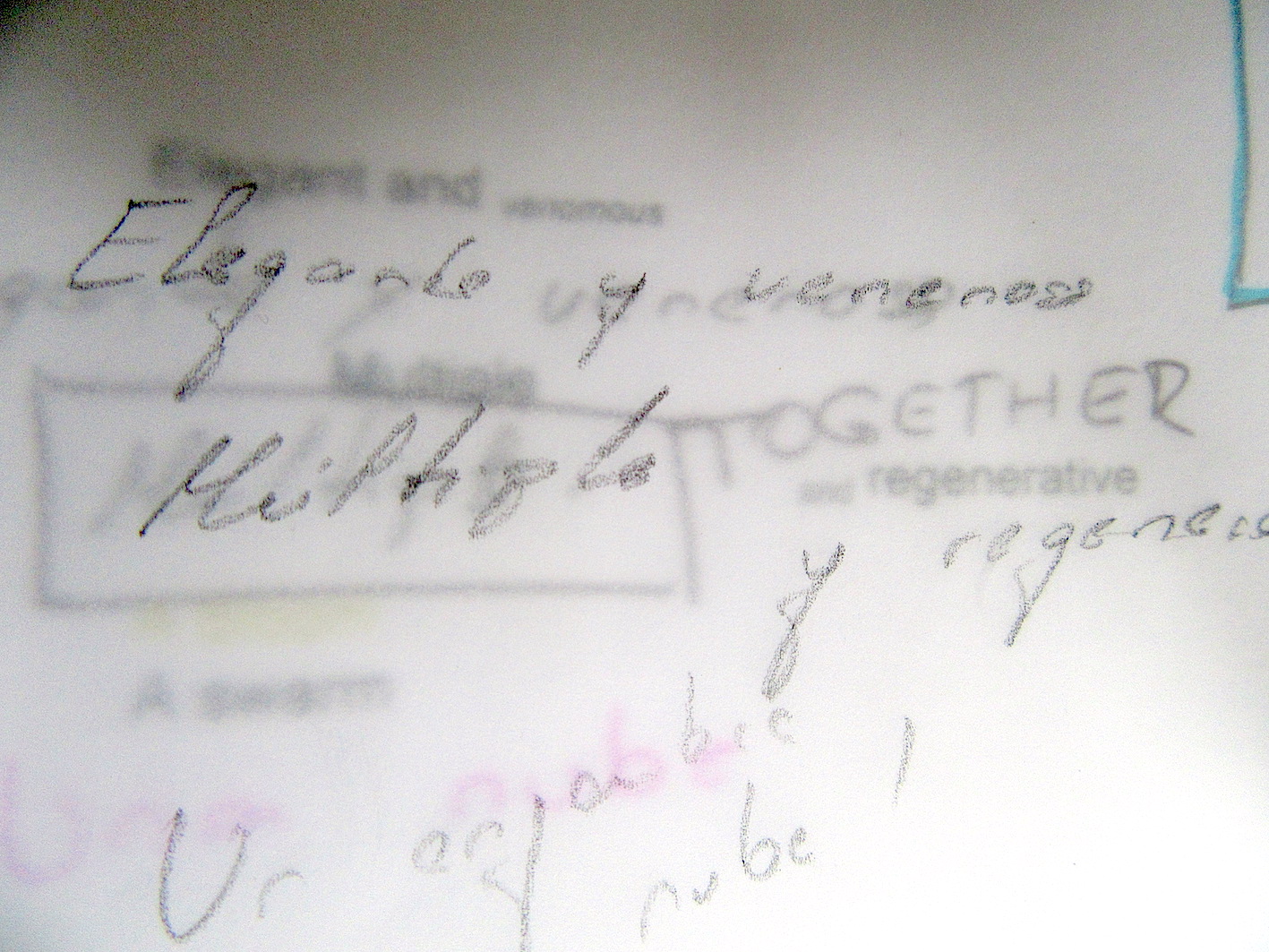 You are invited to continue the collaboration, to add your own voice and translation to the mix.